Pricing Your Painting Services for Profit

One of the most important parts of running any business is the difference between gross and net margin.  Consider this example: you quote a job at $3,000 plus paint.  The job costs you $1,500 in labor and equipment you need to buy or replace.  How much money did you make?

The answer is more complicated than it looks.  Obviously, you’re up $1,500.  But that’s gross margin – that’s before you pay for the rent on the truck, phone bill, marketing and sales costs, or any of the other expenses that can’t be tied to a specific job.  What’s really important is how much money you have left over each month after you pay for all of those expenses.

Here’s a tip to make sure you’re where you want to be at the end of the month.  Add up all of your monthly bills.  Divide that number by your average gross margin percentage (the percentage of money left over after you complete each job).  That’s how much work you have to sell in order to break even each month.

Once you break even, you just multiply your sales by your gross margin to figure out how much you’ll earn each month.  So in this example, after the first $4,000 worth of work, you earn 50% of every dollar you sell.  That money is net profit – and that’s how you really make money.

To learn how ProPainter Websites helps painters across the country earn more money by providing them with a lead-generating website, call us at 855-385-1134 or email us at Team_PPW@ProPainterWebsites.com.

Having Multiple Websites Is Bad For Your Business

There are plenty of reasons a painting business ends up with multiple websites.  Maybe your old provider never bothered to take your website down.  Maybe a friend offered to build you one years ago, but it didn’t perform well so you bought one from a professional website company.  You might have even already had a website when another company called and convinced you to give them a try. 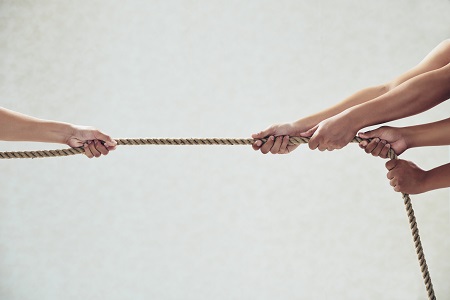 As a company that builds and manages websites for painters, it would be great if we could tell you that having multiple websites is the way to go – but it isn’t.  The painting contractors who show up highest in the search engine results generally have only one website.

The reason is simple.  Google’s job is to return the most relevant individual websites for the search.  If you’ve got two or more websites, they’re competing with each other for attention, which hurts your business.  That doesn’t mean you can’t have a Facebook page in addition to your website, or a Google My Business profile.  (In fact, each of those will help your website search better when it is linked to them.) It just means you should only have one website.

While two websites won’t help you search better, there are plenty of other things that will, such as great reviews, a social media presence, or more content on your site.

To learn the techniques we use to help shops search their best online, call us at 855-385-1134 or email us at Team_PPW@ProPainterWebsites.com.

5 Ways Painting Contractors Can Stay Busy in the Winter

If you are a painting contractor you might be starting to sweat.  It might be because of the weather – it’s really hot out there.  But it also might be because the cold season is just around the corner. 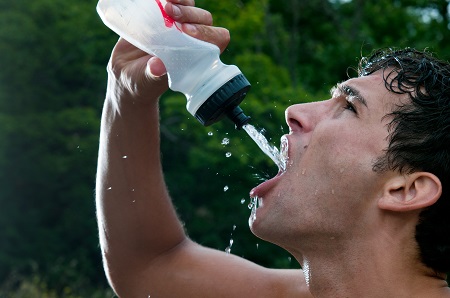 Winter is a tough time for painters in colder climates.  Outside jobs aren’t possible in freezing weather, which means there are the same number of painters chasing fewer jobs.  This leads to fewer jobs and higher price competition – both of which cut into profitability.

It doesn’t have to be so bad!  Here are links to five blog articles we have written that can help make wintertime less stressful and keep your profits up year-round.

Keep it Consistent – If you don’t keep your marketing engine going in the summer, it won’t be as effective in the winter, when you need it most.  This article explains why.

Increase Your Visibility – Not all marketing requires large amounts of money.  Being more active on Facebook and networking with real estate professionals and apartment managers is free. In addition, some home service listing sites only take a percentage of a job’s revenue after it’s been completed and you’ve been paid for it.

Contact Prospects Quickly – Most customers will only extend an offer to quote a job to the first few painters that respond to them, so it’s important to be among the first to respond.

Close More Deals – When you’re competing against so many painters, it pays to know how to impress the customer during the quoting process. And remember, price can certainly matter, but not as much as trust and credibility.

Offer Cold Weather Services – Hanging Christmas Lights, sidewalk salting and snow removal are all in demand in the winter in areas where it’s generally too cold to paint.

To learn more about how ProPainter Websites can help you gain more painting business, contact us at 866-665-1605 or email us at Team_PPW@ProPainterWebsites.com.

Painters: Protect Yourselves from These Three Things

Wall coatings have gotten much safer over the years.  Arsenic-infused wallpaper was popular in the 1800s, but became less common by the 1900s.   Lead paint was banned in the 1970s.  Oil-based paints, which can lead to poisoning, are much less common than they were in decades past.

There are still some dangers associated with painting.  Here are some things to avoid. 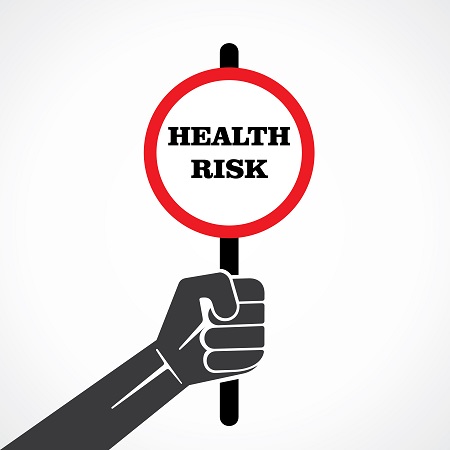 Toxic Paint Strippers:  Paint strippers containing Methlyene Chloride and NMP can cause cancer.  If used in a poorly ventilated room, breathing it can also be fatal – OSHA has a case study of this happening to a 30-year-old painter.  As of June, Home Depot and Lowe’s have banned the sale of paints containing these toxic compounds, but if they’re still in your truck, it’s time to get rid of them.

Volatile Organic Compounds (VOCs):  If you’ve been painting long, you’ve probably dealt with a customer who wanted the lowest VOC content possible in their paint.  That can be a pain, because VOCs are what make paint stay liquid in the bucket and solid on the wall.

Still, there are reasons to avoid high-VOC paint.  In high enough doses, it does cause cancer.  It also causes headaches, dizziness and memory problems if you’re around it for too long.  Finally, it’s not great for the environment – VOCs lead to ozone creation.  Ozone is great when it’s in the ozone layer, but it causes smog when it’s at ground level.

The good news is that paint companies have been working hard for more than a decade to make low-VOC paints that perform well.  Consumer Reports claims that early low-VOC paints weren’t durable, but every paint they now test is low or no-VOC, and many of them perform very well.

Painting can involve some uncomfortable positions, and many of them happen over and over again.  Painting a ceiling while stabilizing a ladder is an example.  This can lead to a repetitive strain injury (RSI) called ‘painter’s shoulder.’  Typists get carpal tunnel syndrome, but painters can get several types of RSIs, especially in their shoulders and elbows.

While it’s tempting to push yourself to finish a job faster, it’s not worth it in the long-term.  To reduce RSI pain and long-term damage, it’s important to take stretch breaks and allow commonly used muscles to relax.  It’s also important to maintain good posture – this keeps your muscles aligned properly and makes it less likely they’ll get compressed.  Finally, if you do get an RSI, you may need trigger-point massage or a foam roller to get rid of muscle knots that form because you were in one position for too long.

To gain more painting jobs with your website, call ProPainter Websites at 855-385-1134 or email us at Team_PPW@ProPainterWebsites.com.

Five Questions To Answer Before Marketing Your Painting Business

To market your business successfully, you need to give people a reason to select you instead of other painters – ideally a reason other than a coupon that makes you the cheapest painter in town. Click here to learn five things you need to know in order to do that.

Serving Brevard and Indian River counties of Florida since 1990, Coastline Painting Professionals can handle all aspects of Interior and Exterior Painting Services, Cabinet Refinishing, Deck Refinishing, Power Washing, and Wood Restoration. As a Melbourne painting contractor we’ve taken on a lot of different types of painting projects. The climate of the Florida coastline poses unique challenges to painting and coating applications, maintenance and surface preparation requirements are also more demanding along the coast. You can trust that Coastline Painting Professionals has the experience and technique necessary for your painting project. Call 321-271-7879 today to request a quote for your next project.