Five Types of Painting Jobs that Are Still Going Strong

To say that some people are facing tough times right now is an understatement.  Since the 1960s, the US economic output has never shrunk more than eight percent in any given quarter.  Some banks are predicting a thirty percent decline.

But even in this economy, not all opportunities have dried up.  American Painting Contractor Magazine has been surveying painting contractors for the last three weeks to learn how the shutdown has been impacting their businesses.  Surprisingly, they have identified several types of jobs that haven’t seen a drastic decrease in availability.  In fact, some of them have seen increases! 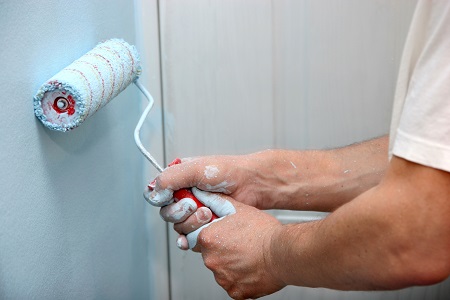 Here are the top five, with the corresponding percentage of painting contractors who said that opportunities for those types of jobs are the same as usual or higher than usual:

Unlike most private businesses, governments don’t face an immediate financial crisis.  What they are experiencing is near-vacancy in many of their buildings.  This isn’t something that happens very often, so it’s an opportunity to get painting work done in the building.

There are several possible explanations for this.  Many of these contracts may have been signed in advance. There may have been a backlog of unfinished new-construction projects that need to get painted.  It might also be the case that existing apartment complexes are taking advantage of favorable rates.  Whatever the cause, most painting contractors aren’t seeing a decline in business for multi-family units.

Healthcare is one of the few industries that remain open for business in most cases.  Many (but not all) healthcare workers are essential, and many offices are still functioning.  Healthcare offices that specialize in non-coronavirus care (such as Orthopedic Surgeons or Podiatrists) are likely seeing reduced traffic, however. This makes it a great time to get some painting work completed.

Most schools nationwide are empty, making it a great opportunity to get some work done in the building.  While summer isn’t far away, it’s probably relatively easy for schools operating on a traditional calendar to move some of that work forward rather than risk having the funding taken away before it can be used.

And not all schools follow the traditional schedule.  In some parts of the country, school is year round, and different groups of students are in the building in any given week throughout the year.  This is a rare opportunity for those schools to get construction work, repairs and painting done to the building without interfering with the school schedule.

There has been a shortage of workers in the construction industry for years.  If we enter a recession, that may not be the case.  Right now, however, there are likely plenty of unfinished buildings still to be completed – and in most places, construction workers are considered essential, so they are continuing to build new buildings each week that will also need paint applied.

To learn how ProPainter Websites can help your painting business earn more customers, call us at 919-424-6121 or email us at Team_PPW@ProPainterWebsites.com.