Having a Performance Conversation with a House Painting Employee

Nobody wants drama between team members.  It’s bad for morale. It’s bad for productivity. And it will ultimately lead to lower customer satisfaction, especially when the customer’s home is your workplace.  Because conversations about an employee’s sub-par performance can absolutely create drama if they go south, even managers who consider themselves straight shooters will put off talking to an employee that suddenly has attendance or performance issues. 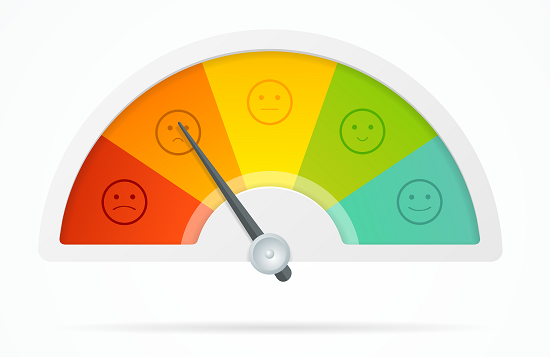 But once it’s clear that it’s not a one-time issue, it’s better to address the behavior earlier than later. Otherwise, an underperforming employee will cause problems that fall on other employees – or worse, on customers.

You can’t rush into conversations about employee performance, though. The fifteen to thirty minutes it takes to have that conversation can lead to improvement and continued growth, but can just as easily lead to resentment and termination.

Here are three tips to get a good outcome from a tough conversation.

Everybody has bad days.  If a high-performer gets to work a few minutes late one day and has a good explanation, there’s probably no need to make it a performance issue.

But when a pattern starts surfacing, it’s better to bring the issue up with the employee than to keep waiting for it to just go away.  This gives the employee an opportunity to recognize the issue and address it.  If you wait until their poor performance is creating more work for you or other co-workers, there’s a performance issue and there will likely be a relationship issue, and that can make the problem even harder to overcome.

Be Specific About What You Need

Don’t soften your criticism so much that it’s unclear what you want to change.  For example, avoid saying “It seems like you’re having trouble getting to work on time.” or “Your productivity rate is down a good bit from what it was.”

It might seem nicer to be vague than to include specific numbers when talking about performance.  But the employee will leave the conversation frustrated and stressed, knowing that they need to do better to keep their job but not knowing what ‘good enough’ looks like.

If you really want to be kind to an underperforming employee, make sure they know what success looks like and that they have a plan to get there.  That means ensuring they leave the conversation with success metrics that you can both measure easily and regularly.

Provide them with specific metrics where they’re underperforming.  Then tell them what level metrics need to reach before their performance is acceptable again.  And if it’s someone you really want to be successful, you can let them know that by asking them if there’s anything you can do to help them be successful and helping in the ways you can.

If you’ve planned ahead for a conversation about performance, you probably know what you’re going to say and have thought about how the employee might respond to it.  You know how big of a problem their performance is, and how quickly it needs to get fixed.

Your employee hasn’t had time to think about any of this, and probably doesn’t know they’ll be discussing their performance at all.  So while you’re laying out your case and telling an employee where they need to improve, that employee is probably doing a terrible job of listening to you. Instead, they’re thinking: “Are these fair criticisms?  Why didn’t I notice myself falling short?  What do I need to say to keep my job?”

This makes repetition more important in performance discussions than it is in most other conversations.  Before ending the conversation, make sure that both of you agree on where they’re falling short, how far the metrics need to rise and how frequently they’ll be measured.

After that first conversation, discuss these metrics with the employee weekly if you can – each discussion is another opportunity to emphasize the importance (and the timeline) of improvement.

To learn how ProPainter Websites can help bring new customers to your painting contracting business, call us at 919-424-6121 or email us at Team_PPW@ProPainterWebsites.com.