Painting contractors don’t get into the painting business because they love the advertising business.  For many painting contractors, marketing is the worst part of the job.  For every honest company trying to sell you marketing services, there are at least two that want to assure you, with no evidence, that their expensive solution will bring you thousands of customers. 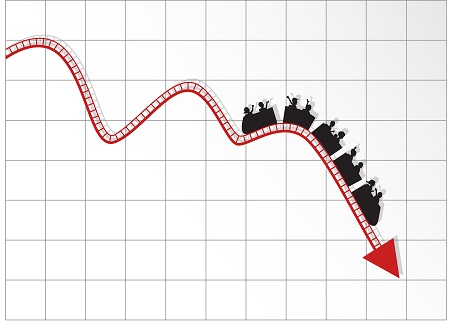 In many cases, the solution would work if the company wasn’t bad at their job.  Sometimes, however, it’s the idea itself that just doesn’t work.  Here are three really bad marketing ideas.

Cover the Earth with Coupons

There are several reasons that buying 5,000 pages in a set of coupon mailers doesn’t make sense.  First, most people don’t even read through them – they pick it up and throw it directly in the trash.  So if you aren’t on the front or the back, you get no visibility.

More importantly, you don’t want to lead with price.  In many of these coupon books, the 10% off coupon text is larger than the company logo!  This immediately identifies you as the “cheap painter”. People who want the cheapest jobs will come your way, and they’ll try to haggle away your margins.  Most customers willing to pay more for great service don’t go looking for painting contractors in the coupon book.

Let the Work Sell Itself

If you’re not a person who likes to talk about how great you are, it’s tempting to simply let the work sell itself.  While it seems like it should work, most painters never get many leads this way.

Think about the last time you had a positive customer service experience.  Who did you tell about it?  For most people, it’s rare to leave reviews, much less make phone calls.  The only way most customers are likely to make a referral if they aren’t asked is if house painting comes up in casual conversation.  And unless someone is walking into your newly painted house, painting is not a frequent topic of conversation for most people.

This is why asking for reviews is so important.  If you know a customer is happy with your work, sending an email after the job asking for a review is not going to make them angry.  In fact, they’re likely to be appreciative of the fact that you reminded them.  And because many people are sitting at their computer when they’re checking email, they’re much more likely to go to Google and provide a business review before they get distracted by one of the many other things going on in their life.

Of all the marketing techniques the “land and expand” is one of the worst.  Most companies that do this use a coupon, but it’s not required.  Companies using the land and expand strategy advertise a service at an extremely low rate with the hope that they’ll uncover more work when they get to the house. They try to sell that additional work at full price in order to make enough profit for the job to be worthwhile.  For instance, you might have a coupon that only covers painting two rooms, and any additional rooms are at full price.

There are plenty of problems with this.  If you’re advertising a super low rate, you’re likely to get penny-pinchers, and they won’t pay for other rooms even if they need them painted.  Those that do pay for additional rooms may feel like they were tricked and leave a negative review or speak badly of your company.  Finally, the initial price devalues painting; anyone who sees that ad will expect that you, and every other painting contractor, should be charging a much lower price per room than you can profitably charge.

To learn more about what makes a website a good marketing idea, call us at 919-424-6121 or email us at Team_PPW@ProPainterWebsites.com.