Brooks Quality Painting & Contracting is a family owned business based in the Metropolitan New Orleans Area. It is Brooks Quality’s Mission to “wow” our clients through a timely and professional experience, no matter what the project size, while fulfilling our motto “making all things new.” We are licensed and insured for your protection. Our professional painting services include residential interior & exterior painting, commercial interior & exterior painting, and other services to help you make your house a home. Call us today at 504-864-3697 to request a quote.

Marketing Your Painting Business to All Generations

As much as people complain about how different each generation is, they all go through the same phases.  As generations grow older, they find themselves interested in the same things as their parents were – for millennials, this means leaving the big city and moving to the suburbs, where they can raise a family.  (And most of them can’t afford a newly built house, so they will probably need your help with painting.) 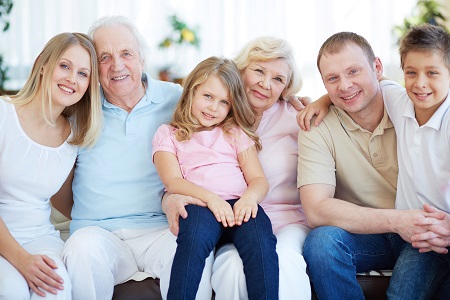 Even though generations end up valuing the same things, however, they don’t live life in the same ways.  Most importantly for businesses, generations don’t get their information and entertainment in the same ways.  The best way to reach people is to advertise to them, but you can’t market to people unless you can reach them.  Here’s how to reach each generation needing home painting services.

People born in the mid-40s to the mid-60s made it all the way through college without having to use a computer.  They were advanced in their career before the internet or smartphones were required to be successful.  As a result, most baby boomers don’t rely on the internet for most of their information.  Many Boomers like to communicate via phone or email instead of text messaging or social media.  They respond to traditional media such as mailers and television or radio ads, and respond well to discounts.  Internet advertising is less effective for most boomers.

Generation X are those born from the mid-60s to the early 80s.  This generation was exposed to technology earlier in their careers, but spent more of their formative years without the internet, which wasn’t widely available until the late 90s.

The good news is that this group can be reached either through new or traditional media – although internet advertising is more efficient, they also watch TV and respond to mailers.  The bad news is that this group was exposed to so much marketing during their lives that they became very cynical and distrusting of it.  The more “sales-y” your marketing is, the less effective it will be.

Millennials were born from the early 80s to the early 2000s.  For many of them, the internet has been their main source of information and entertainment for their entire lives.  Most have been using social media since they were old enough to drive, and they use it regularly.  Traditional media like TV and radio aren’t effective for this group, because they don’t use them – even if they watch TV shows, they’re more likely to stream them over the internet than to tune in when the show first airs.

Like all generations when they were young, they are also more idealistic than older people.  They want to support responsible businesses who help their employees and contribute to their community.  They won’t do business with people they think are uncaring of their employees or their community, even if it will save them money.  To attract Millennials, be honest, be positive, and most of all, you need to be marketing your services online.

To learn how ProPainter Websites can help you get more painting leads, call us at 855-385-1134 or email us at Team_PPW@ProPainterWebsites.com.

With over 10 years of experience, Matchless Interior Painting provides high quality service and fair pricing to customers throughout the Austin, TX area. From interior painting, drywall/texture repair, and popcorn/wallpaper removal to garage floor coating and deck refinishing, these folks will make an impact on your home. Let them assist you with your home project  by calling (512) 850-8370 for your free estimate today!

Boost Your Search Results without Paying a Penny

It takes a lot of hard work for a painting contractor website to reach the first page of Google.  There are many things that Google wants to see on your site, including relevant content about painting services, updates with new content, and connections with other sites in the industry.  But if you can’t afford a website, or you’re stuck in a contract with another provider that isn’t delivering at all, there are things that you can do to raise your own ranking without spending any money.

To learn how ProPainter Websites can help your painting contractor website reach the first page of Google, call us at 855-385-1134 or email us at Team_PPW@ProPainterWebsites.com.

Trying to Hire or Retain Great Painters? All It Takes Is a Ladder.

If you’re trying to hire almost any type of employee right now, it’s a tough market.  The unemployment rate is the lowest it’s been since 2000, and the weekly jobless claims are the lowest they’ve been since 1969.  It’s even harder to hire in the trades, where fewer and fewer people are seeking employment.  With all of this bad news, how do you go about recruiting and keeping great employees?

Of course, the most important part is to advertise, so people know you’re hiring at all.  Post jobs online or in paint stores.  Ask people in the community if they know of anyone looking for a job.  ProPainter Websites also offers a tool to screen out unqualified painters and forward the best candidates to you for an interview. 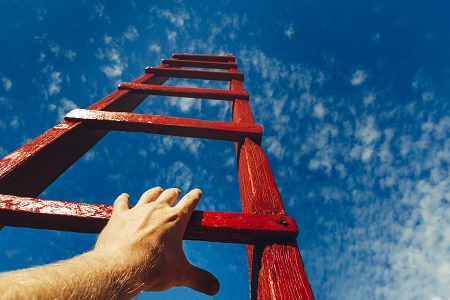 Once you have their attention, however, you need to work to keep it.  One great way to do this is to offer them a ladder – a job ladder.  “Green” painters start at the bottom of the ladder, with a relatively low base pay.  As they accomplish more and stay with the company longer they gain access to perks based on their output.  For instance, painters who complete a certain amount of weekly or monthly work earn a higher wage per hour.  Those who can lead painting teams to complete work successfully also earn a higher wage.

One great way to help your longest-serving employees is to provide them with monthly bonus during the off-season to compensate for the lack of work.  Of course, this still needs to be profitable for your company – this money would accrue during the peak season, and you’d pay it out to them later in the year.  Once they become accustomed to this benefit it will be extremely difficult to leave it behind and move to another painting company. It’s a great retention perk.

Whatever benefits you offer on your job ladder, make sure that it entices your best, longest-tenured employees to stay with your company.  The more qualified someone becomes, the more enticing the financial offers from other companies will be!

To learn how ProPainter Websites can help your company succeed, call us at 855-485-1134 or email us at Team_PPW@ProPainterWebsites.com.

How To Close Painting Deals

You can be the best painter in the world, but if you can’t close deals, you’ll never be able to boost your profitability.  Click here for tips on how to get homeowners to choose your business instead of your competitors. 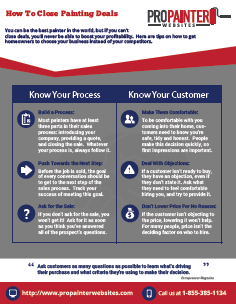