Guaranteed Painting Co. is owned by Marie and Herb Thorn. They have been painting homes, offices and businesses in College Station – Bryan since 1992. They offer great craftsmanship and a 6-Year warranty are important, to be sure, but professionalism in all aspects of our work defines our mission. From courteously answering a customer’s first phone call to the final “Thank-you” handshake, we strive for a professional approach in all that we do. Call us today in College Station – Bryan at 979-776-9109 for a free estimate! Whether you need a complete home renovation, or you just want to add crown molding or chair rail to a room, Guaranteed Painting Co. is committed to serving your needs.

How Painting Contractors Can Survive (and Thrive) During a Recession

It could happen again soon. A recent survey found that half of all Chief Financial Officers in the US believe we’ll be in recession within a year.  And while construction won’t likely be hit as hard as it was last time, it’s always one of the first industries to feel recession pain.

So what do painting contractors do to prepare for it?

Here are three things you can do to prepare:

To learn how ProPainter websites can help boost your business, call us at 855-384-1134 or email us at Team_PPW@ProPainterWebsites.com.

Earning Painting Leads from Other Professionals

Are you looking for more painting jobs?  One excellent source lives right in your community!

There are plenty of other professionals that interact with homeowners in need of repairs.  Some examples include real estate agents, remediation specialists, and insurance agents.  These professionals are excellent sources for painting leads, and it’s worth your time to introduce yourself to local professionals in these fields.  There’s only one opportunity for a first impression, however, so here are some suggestions to make a great one! 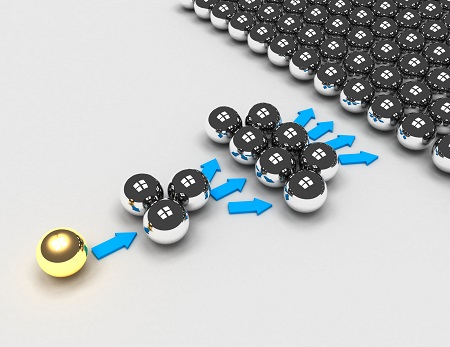 To learn how ProPainter Websites can help you gain more painting customers, call us at 855-385-1134 or email us at Team_PPW@ProPainterWebsites.com.

Nine out of ten people read online reviews, and only a quarter of them would do business with a company rated 1 or 2 stars. Click here for a process to boost the reputation of your business with almost no added work on your part. 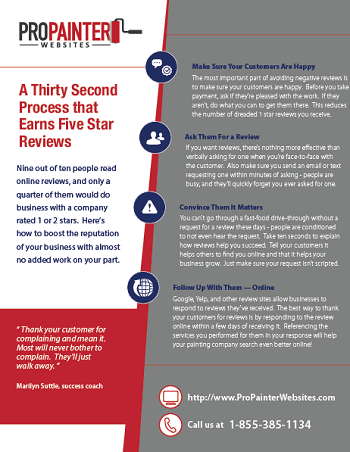 AIC PAINTING / A BRUSH ABOVE THE REST!

If your home or business is in need of a fresh new look and you are in the Land O’ Lakes Florida area, look no further because AIC Painting is here to help you. They can handle just about all of your painting needs including interior and exterior commercial services. They can help with your deck refinishing, door staining, garage floor painting, and pool cages, those are just a small portion of the exterior services they offer. For their interior services they offer cabinet refinishing, base molding painting and so much more. They offer other services like power washing and popcorn ceiling removal as well. Don’t hesitate to give them a call at 813-996-0149 and their address is 4125 Wharton Way Land O’ Lakes Florida.